Mom-To-Be Kareena Kapoor Is Blown Away By This Show: “Can Someone Please Make This Here?” 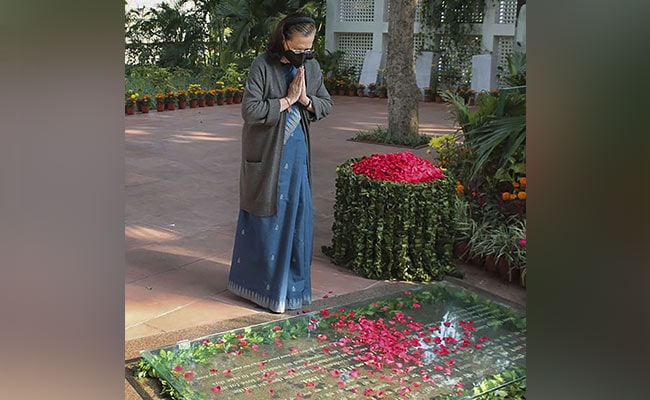 Congress leader Rahul Gandhi was also present alongside his mother to pay respect to his grandmother today. He also remembered her as a symbol of impressive leadership via a tweet.

“A tribute to the birth anniversary of Smt Indira Gandhiji, an efficient Prime Minister and power. The entire nation still exemplifies his impressive leadership, but I always remember him as my beloved grandmother. His teachings inspire me constantly,” Rahul Gandhi wrote on Twitter.

Meanwhile, the official handle of the Congress recalled her as a “trail blazer, visionary, true leader and great daughter of India”.

“A trailblazer, a visionary, a true leader and a great daughter of our motherland, Indira Gandhi was much more than a Prime Minister to our citizens; she was the revitalising strength in their quest for greatness and prosperity. Today, we pay a proud tribute to India”s Indira,” the party tweeted.

Born on November 19, 1917, to India’s first Prime Minister Pandit Jawaharlal Nehru and Kamala Nehru, Indira Gandhi served as the first and only woman prime minister of the country from January 1966 to March 1977 and again from January 1980 until her assassination in October 1984.

Mom-To-Be Kareena Kapoor Is Blown Away By This Show: “Can Someone Please Make This Here?”

G20 Summit: How Does The Debt Service Suspension Initiative Work?

US Extends Iraq Sanctions Waiver Until Before Biden Inauguration